Across the entire Early Voting period in 2014, which was only a 10-day period, 1,097,269 ballots were cast at early voting sites. Yesterday, 2018 voters surpassed the total of the number of ballots cast during the entire 2014 EV period. Much of the turnout growth is due to white voters, but there are also significant increases in turnout among smaller demographic groups, like Asian voters and youth. 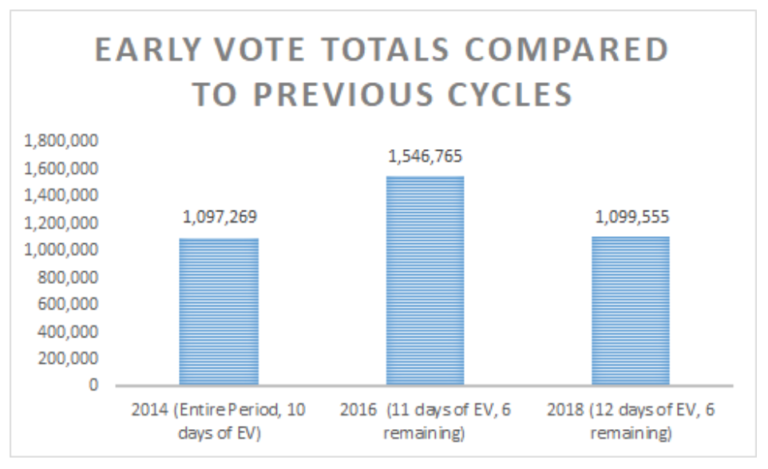 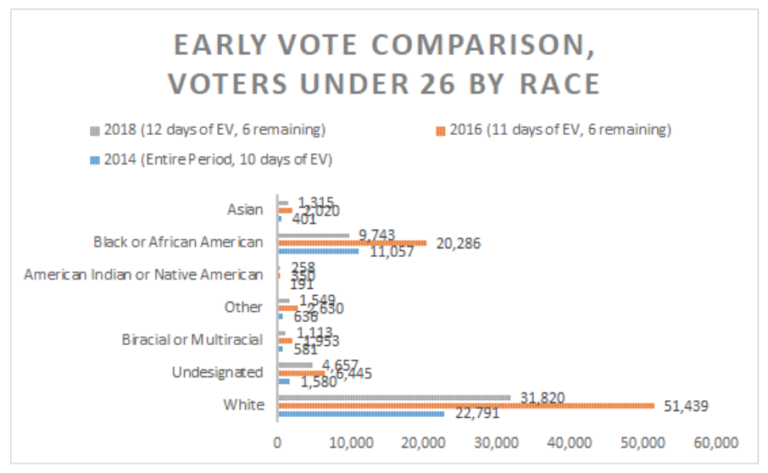 Since Early Voting is 18 days long this year, Democracy NC will release in-depth analyses of turnout patterns across the state on Mondays and Thursdays throughout the remainder of the Early Voting Period. These analyses are based on one-stop absentee ballot data available from the North Carolina State Board of Elections and Ethics Enforcement.