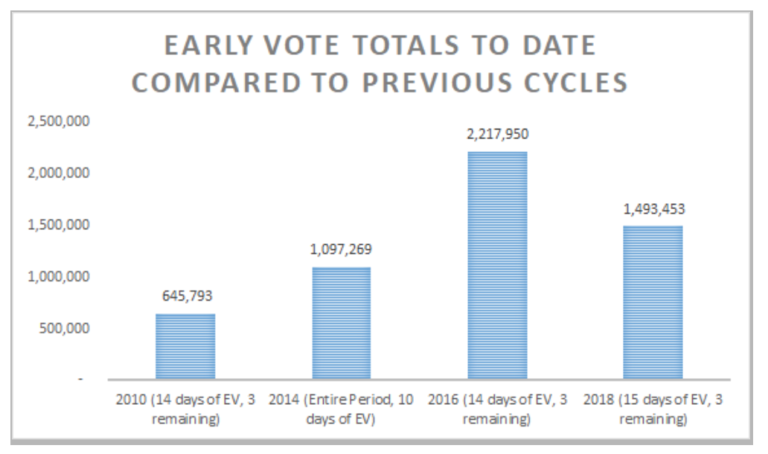 Democracy NC will release another analysis on Sunday, November 4th after the conclusion of Early Voting. These analyses are based on one-stop absentee ballot data available from the North Carolina State Board of Elections and Ethics Enforcement.