According to data from the North Carolina State Board of Elections and Ethics Enforcement released on November 4th, over 2 million North Carolinians have already cast ballots— over 1,969,000 at Early Voting sites, and over 69,000 by mail.

This summer, the General Assembly passed legislation that led the majority of counties to reduce the number of Early Voting sites or reduce weekend hours, or both. That same legislation eliminated the last Saturday of Early Voting this year, but a subsequent bill restored it for 2018 only. As the law stands now, there will be no Early Voting on the final Saturday before Election Day in 2020 or any future election.

This year’s Early Vote totals represent a 79% increase from the 2014 Early Voting period and double the total from the 2010 Early voting period. Notably, both of those elections had high profile Senate races, which this year does not. 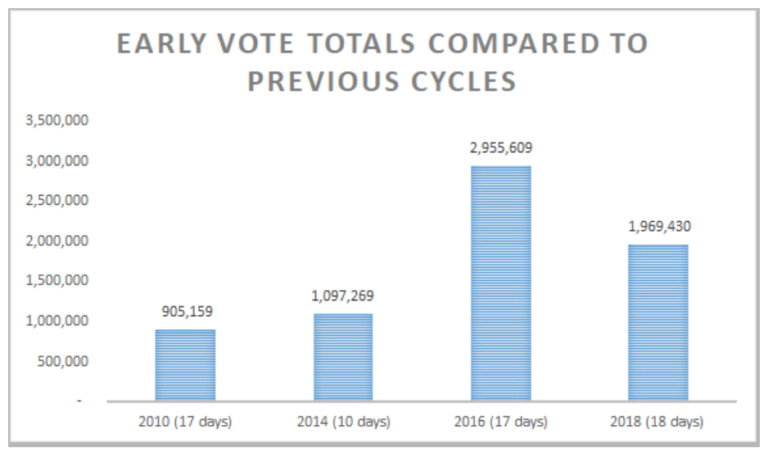 These analyses are based on one-stop absentee ballot data available from the North Carolina State Board of Elections and Ethics Enforcement.