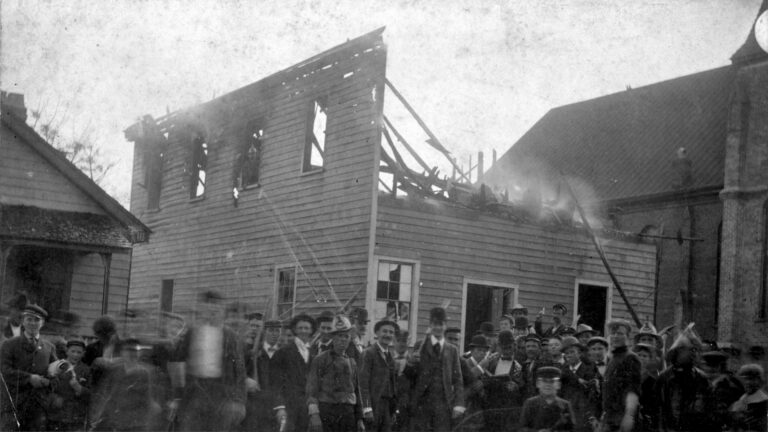 MORRISVILLE, NC (2/19/2021)—”Wilmington on Fire“ is a new feature-length documentary that chronicles The Wilmington Massacre of 1898. The Wilmington Massacre of 1898 was a bloody attack on the African-American community by a heavily armed white mob with the support of the North Carolina Democratic Party on November 10, 1898 in the port city of Wilmington, North Carolina. It is considered one of the only successful examples of a violent overthrow of an existing government and left countless numbers of African-Americans dead and exiled from the city. This event was the spring board for the White Supremacy movement and Jim Crow segregation throughout the state of North Carolina and the American South. This incident has been barely mentioned and has been omitted from most history books. It was not until 2006, after the North Carolina General Assembly published a report on it, that the tragedy became known to the general public.

Democracy NC is honored to host this important documentary detailing the horrific events of the Wilmington Massacre of 1898. On February 26, Desmera Gatewood, Democracy NC Voter Outreach Coordinator, met with director Chris Everett to gain insight into how the film was created, and to discuss how we must work towards building accountability, and a system of justice and reparations for the families and victims who lost their lives that day.

Watch the documentary in whatever way works best for you.
WATCH

Watch Now: Discussion with the Director

Watch our live discussion with director of the film, Chris Everett.
WATCH