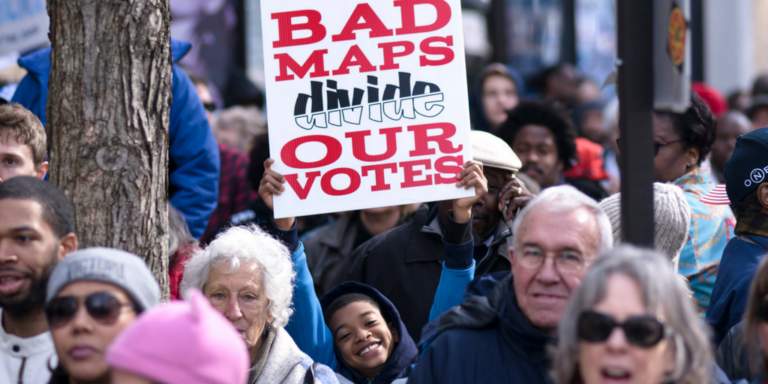 In a 357-page ruling released by lawyers on Tuesday, a North Carolina court struck down the Republican-drawn state legislative map as an illegal partisan gerrymander. The three-judge panel in Wake County Superior Court gave lawmakers until September 18, 2019 to enact new district lines for next year’s elections.

Speaking unanimously, the judges said Republican state legislators had employed “surgical precision” to dilute Democratic voters’ strength, ensuring their party would control both chambers of the legislature “in all but the most unusual election scenarios.”

“The 2017 enacted maps, as drawn, do not permit voters to freely choose their representative, but rather representatives are choosing voters based upon sophisticated partisan sorting,” the court wrote after hearing evidence during a two-week trial in July 2019.

“Today’s momentous ruling from the Wake County Superior Court confirms what we already knew: North Carolina’s grossly partisan legislative maps violate the mandates of our state constitution and should be redrawn immediately.” said Lopez. “We now look to the N.C. General Assembly and legislative defendants to abide by the court’s lengthy ruling, remedy these unfair maps in “full public view” as the three-judge panel required, and finally give voters a fair shot at picking their politicians in 2020. We also urge the Court to not hesitate on the appointment of a referee in this case, as set forth in its opinion.”

“We now look to the N.C. General Assembly and legislative defendants to abide by the court's lengthy ruling, remedy these unfair maps in "full public view" as the three-judge panel required, and finally give voters a fair shot at picking their politicians in 2020.” –Tomas Lopez, Democracy NC

Lopez added, “Congratulations to Common Cause North Carolina and all of the organizations and individuals who helped made this ruling a reality.”

In the ruling, the judges told lawmakers they reserve the right to reschedule the March 2020 primary if the legislature can’t come up with new maps in time.

“The Court retains jurisdiction to move the primary date for the General Assembly elections, or all of the State’s 2020 primaries, including for offices other than the General Assembly, should doing so become necessary to provide effective relief in this case,” the ruling says.