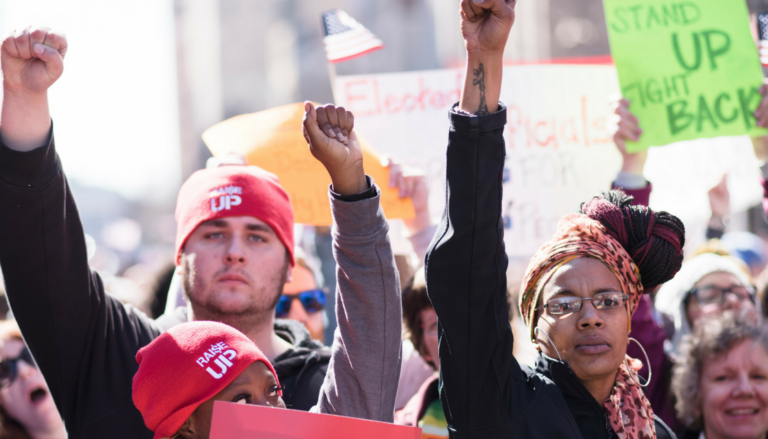 What’s one thing that Donald Trump supporters and African Americans in North Carolina agree on? By large majorities, according to a new poll, they think the way state legislators draw their political districts is unfair and too influenced by partisan politics.

Overall, four out of five North Carolina voters (80%) say it’s not fair for politicians to draw their own districts. That includes 85% of Democrats, 74% of Republicans, 80% of independents – as well as 70% of Trump supporters and 80% of African Americans.

The poll, also shows that voters want elected leaders who will change the system.

“People recognize that politicians are choosing their voters, instead of the other way around,” said Democracy NC spokesperson Jen Jones. “By using computers, politicians can draw lines that separate voters by race and party, create safe districts, and shield themselves from the will of the people. It’s not fair, and voters across party lines want the process to change.”

“People recognize that politicians are choosing their voters, instead of the other way around...It’s not fair, and voters across party lines want the process to change.” –Jen Jones, Democracy North Carolina

Democracy NC is a member of the NC Coalition for Lobbying and Governmental Reform, which spans the liberal-conservative spectrum, from the NC Justice Center to the John Locke Foundation. The coalition is holding a press conference at 10:30 today in front of the General Assembly that features the diverse voices of ordinary citizens who support redistricting reform.

The citizens are presenting thousands of petitions to NC House Speaker Tim Moore later today. They are also using the poll’s findings to show legislators the breadth of support for reform.

The poll says a solid majority of all voters, regardless of age, race, gender or party affiliation think the current process of legislators drawing districts is wrong and too partisan. Opposition is strongest among women, and the importance of choosing a candidate who favors reform increases with the voters’ age. About equal shares of white and black (81% v. 80%) voters think the current system is unfair, but black voters are more likely than whites (94% v. 59%) to be very concerned about the influence of partisan favoritism on how maps are drawn.

The poll was conducted April 4-5 by Public Policy Polling and has a +/- error margin of 4%.

Get involved with the fight for redistricting reform today, visit: demnc.co/fairmaps