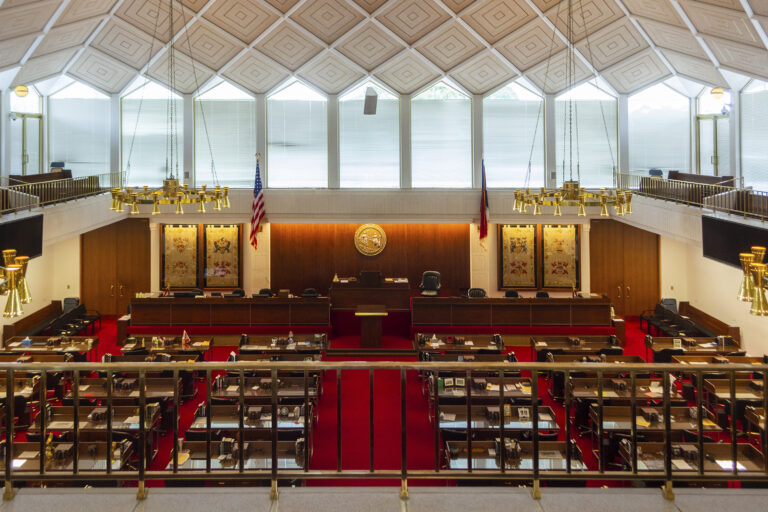 Under the guise of so-called “Election Integrity,” SB 326 was originally drafted as a way to rationalize anti-democracy efforts to further suppress voters, particularly Black, Brown, and Indigenous populations, that use legal and viable voting options such as voting by mail.

Now, certain anti-voter provisions that were originally in SB 326 —like restricting non profits from providing funding to local election administrators, only to provide restricted funds for a racist voter ID law— have been drafted into separate bills, fast-tracking each voter barrier without much discussion or public comment.

Tomas Lopez, Executive Director of voting rights advocacy group Democracy North Carolina, calls attention to the impact these anti-voter bills would have on thousands of voters across the state.

“This anti-voter legislation puts up new barriers to the ballot, closes off resources for the smooth running of elections, and undermines access by bolstering photo voter ID while it’s still in court. Together in one bill or broken into several parts, these are bad ideas that eat away at North Carolinians’ freedom to vote, and our shared ability to have a say in the decisions that impact us all.”

We are at a pro-democracy turning point for North Carolina. This is where we decide if we will move forward together to protect our freedom to vote and ensure that we all have a say in the key decisions that impact us or whether we will allow a minority of politicians to take away our rights.

“This anti-voter legislation puts up new barriers to the ballot, closing off vital resources for the smooth running of elections” –Tomas Lopez