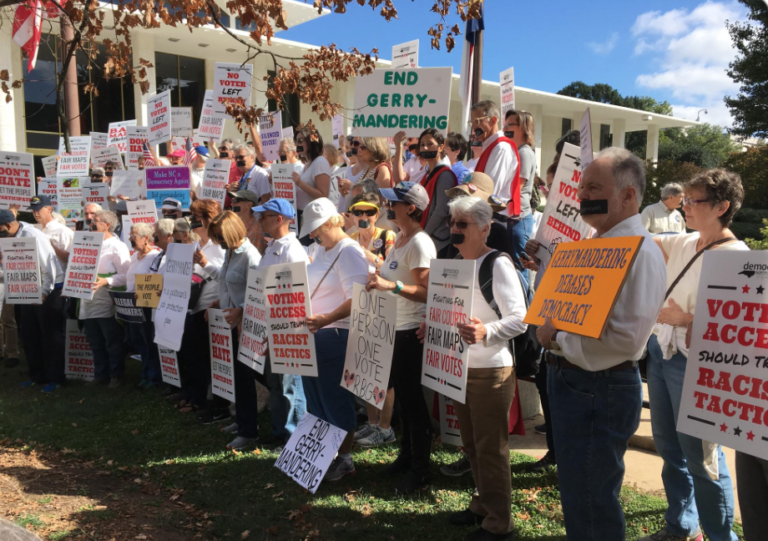 More than 100 protesters marched in silence in opposition to GOP-drawn voting maps in Raleigh on Oct. 4, 2017.

The following day, judicial gerrymandering bill (HB717) cleared the N.C. House. House Bill 717 passed the chamber 69-43, but it will likely be months before it moves any further.

The Senate left town hours before the House finished its debate. Leadership from that chamber said they won’t be voting on bills again until January. If approved, judicial redistricting could cost taxpayers nearly $32 million over the next five years.

Tell your senators to oppose judicial gerrymandering at demnc.co/protectcourts.