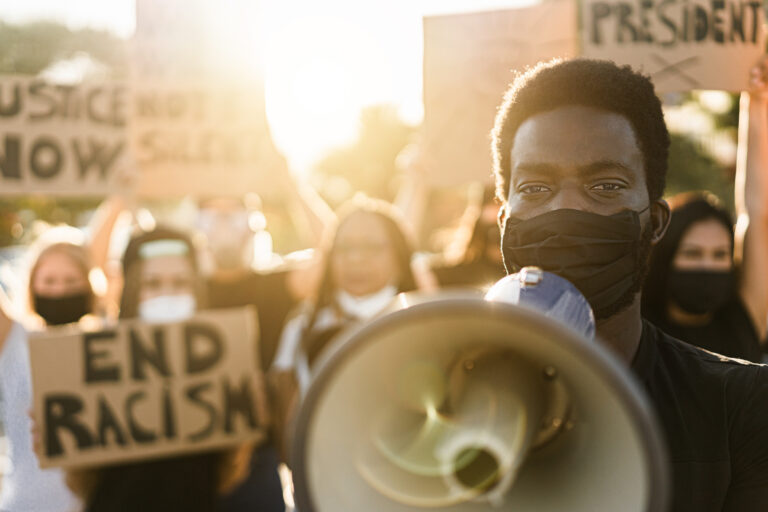 Today’s verdict in the Derek Chauvin murder trial is a step forward for police accountability, but not justice.

Justice is George Floyd being alive and well today.

No verdict would have ever changed that fact or delivered the real justice that George Floyd’s family, and the people that loved him, deserve.

We knew Chauvin was guilty the second we witnessed the insidious murder of an unarmed Black man– on film. And it was organizers on the ground in Minnesota who worked tirelessly to ensure the nation, and the world, could not turn its back to these horrific acts of racist police brutality.

We also know a guilty verdict will not prevent the next act of police violence against Black and brown unarmed men and children. Last week, twenty-year-old Daunte Wright was murdered for hanging an air freshener from his rear-view window, miles from where the Derek Chauvin case was taking place. In Chicago, a thirteen-year-old boy was murdered by a police officer while raising his hands in compliance.

To achieve true justice for victims of police brutality, our country must completely transform what public safety means.

True justice is the right to live.

Democracy North Carolina is committed to challenging local and state governments to move beyond policing and actively dismantle the systems that perpetuate violence, incarceration and abuse towards Black and brown communities.

Together, we will take steps to change this system to be of, by, and for all people.