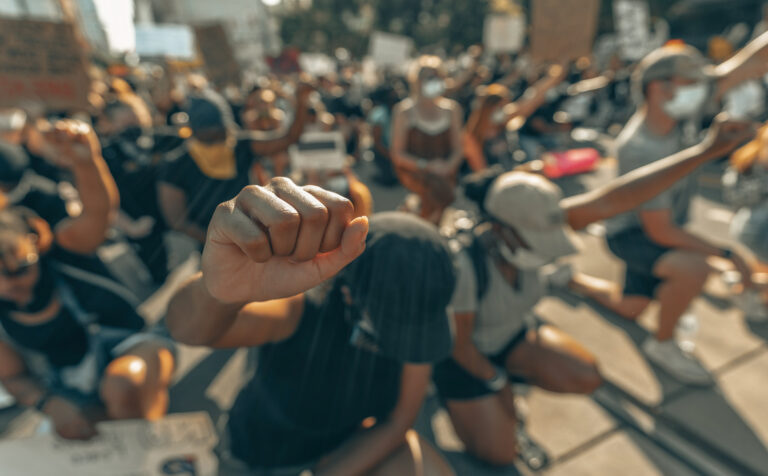 Morrisville, N.C. (8/31/2021) — On Tuesday, with a 63-41 concurrence vote in the House, North Carolina lawmakers passed House Bill 805, intended to strip the first amendment rights from our most vocal communities. In passing HB 805, certain politicians have clearly signaled their retaliation to the thousands of North Carolinians who have come together to protest racial injustice in dozens of cities across the state.

This bill is part of a national wave of legislation in response to widespread protests for racial justice and police accountability that have swept across the country.  It would empower law enforcement officers to punish those rightfully criticizing their conduct with broad discretion.

“While HB 805 seems to be about preventing riot and disorder, it is an unnecessary and excessive measure that will suppress free speech and further criminalize Black and Brown communities. It is retaliatory – rooted in a false narrative that protests are dangerous and menacing. This bill is racist by nature and designed to take away the voice of the people who not only have a right to protest, but a real and substantiated distrust of police.”

The right to protest is one of our country’s founding principles, enshrined in the First Amendment. Protests founded this country. Protests have paved the way for ending segregation, for bringing troops home from war, for universal suffrage and equal rights for every American. Protest holds elected officials accountable and uplifts the voices of the most marginalized groups in our country.

Last year, Governor Cooper stated, “Let me be clear about one thing: People are more important than property. Black Lives do Matter.”

Now is the time for the Governor to act upon his promise and keep Black and Brown communities safe from state-sanctioned violence. Send a clear message to the Governor demanding he veto House Bill 805. Take action at demnc.co/h805.