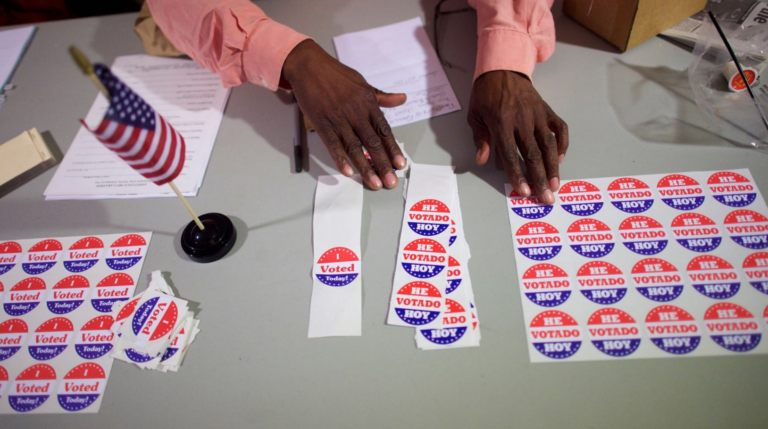 NORTH CAROLINA (11/04/2020) — As of Election Day, 74.5 percent of eligible North Carolina voters had cast a ballot, with that number expected to rise in the coming days as more absentee and provisional votes are counted. By comparison, North Carolina’s turnout hasn’t broken 70 percent in any General Election cycle since 1972

Responding to the record-breaking turnout, Tomas Lopez, Executive Director of Democracy North Carolina, the  group that led the state’s Election Protection voter assistance hotline (888-OUR-VOTE) and deployed thousands of vote protectors to polls throughout the state, released the following statement, saying now’s the time to “let election officials do their jobs.”

“The 2020 General Election saw North Carolinians across race, place of origin, and zip code turn out in record numbers to stand with each other,” said Lopez. Despite the pandemic and deliberate barriers from day-long lines to last-minute litigation, voters like us have done our job and turned out in record numbers. In the coming days it’s time to let election officials do their jobs, as they have in every previous election.”

Lopez added, “By supporting these officials now, we can uphold our democracy by ensuring every voice is heard, vote is counted, and that the leaders who have been chosen by the voters will prevail. That’s why Democracy North Carolina is calling on the public to support a process that’s — even if slow — accurate, not fast and wrong.”

“By supporting North Carolina election officials now, we can uphold our democracy by ensuring every voice is heard, every vote is counted, and that voters’ choices prevail.” –Tomas Lopez, Democracy NC

Over the coming days and weeks, Democracy North Carolina will continue to work alongside election officials to protect the vote, by:

“By supporting North Carolina election officials now, we can uphold our democracy by ensuring every voice is heard, every vote is counted, and that voters’ choices prevail,” said Lopez.