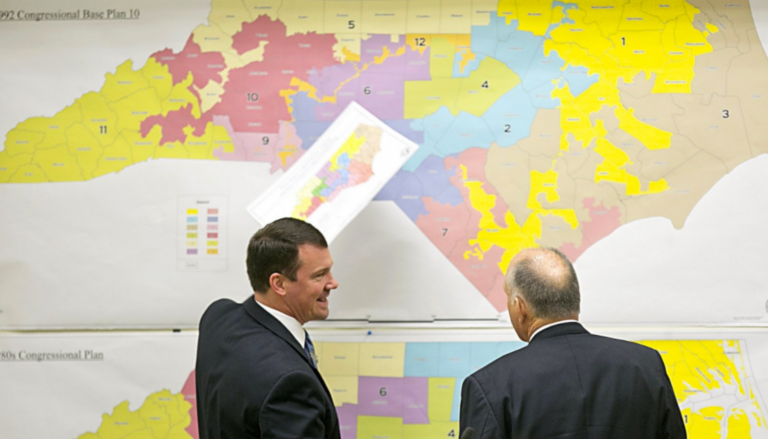 The U.S. Supreme Court on June 5 rejected a request by North Carolina lawmakers to review a case that struck down 2011 state legislative districts drawn as illegal racial gerrymanders. The Court also sent the case back to the lower court to determine whether elections should be held in 2017 as initially ordered.

Voting rights group Democracy North Carolina praised the decision, saying “for too long, North Carolinians have been beholden to lawmakers in discriminatory districts.”

“For too long, North Carolinians have been beholden to lawmakers in discriminatory districts.” –Bob Hall, Democracy NC

“For too long, North Carolinians have been beholden to lawmakers in discriminatory districts. Now’s the time for the N.C. General Assembly to focus on redrawing fair maps and hosting fair elections so that North Carolinians can finally be represented by legislators chosen by voters, and not the other way around.”

The courts are doing their part for fair maps — be a part of the movement for redistricting reform.

Sign the petition to support a bill that studies how to create a fair process for voting maps in North Carolina.

Read Up on Redistricting

Want to know about redistricting and pending litigation to make it more fair? Check out our resource.