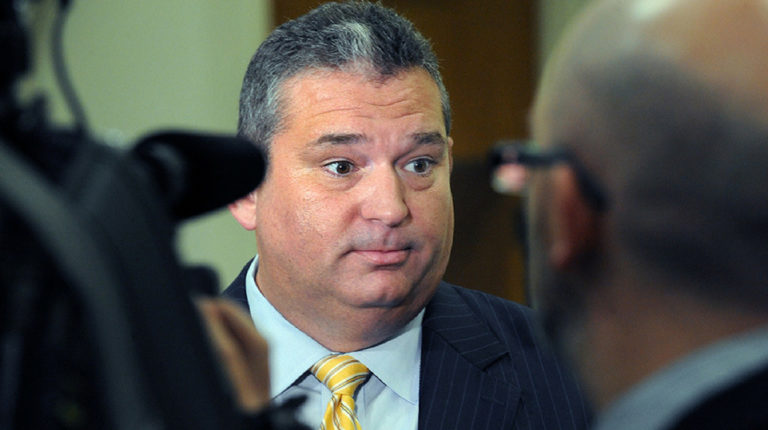 During the three-hour hearing Committee leaders rejected proposed amendments that would have removed politics from the map-drawing process and adopted nine criteria — largely along party lines — including standards that neglect necessary race considerations and add partisanship into the creation of new voting districts.

In response, Democracy North Carolina and NAACP of North Carolina released a joint statement, in which executive director Bob Hall called the meeting a “charade” and demanded lawmakers “drop the act and show us their maps.”

“Today’s Redistricting Committee Meeting to determine criteria for redrawing racially-gerrymandered districts illustrated just how invulnerable the Republican leadership feels, and how far they’ll go to rig the system for partisan control,” said Bob Hall, Executive Director of Democracy North Carolina. “This charade approved previously struck-down standards for voting districts that rejects interests of voters of color and elevates partisan politics in the process. It also continues the pretense that N.C. House and Senate district maps aren’t already drawn by the GOP’s go-to gerrymanderer, Thomas Hofeller. For too long, this racist and partisan gerrymandering has diluted and manipulated the power of North Carolina voters and led to costly court battles. Nothing we saw today suggests these maps will be any different. We’re demanding these lawmakers drop the act and show us their maps.”

“Nothing we saw today suggests these maps will be any different. We're demanding these lawmakers drop the act and show us their maps.” –Bob Hall, Democracy NC

“During the most recent hearing in the federal redistricting case Covington v. North Carolina, the three-judge panel rebuked the leadership of the General Assembly in open court for failing to take seriously the egregious harms caused by their illegal racial gerrymander,” said Bishop Rev. Dr. William J. Barber II, president of the North Carolina NAACP.  “Today, the General Assembly made it absolutely clear that they are not serious about remedying the grave constitutional harm they have wrought.  They refuse to repent for their unconstitutional, racially-gerrymandered maps, and are instead flagrantly engaging in a remedial process that will result in discriminatory maps and subvert the will of the people.  The General Assembly is acting in bad faith — it is time for them to stop this sham process and show us and the courts their maps.”

“The criteria that the Redistricting Committee adopted today blatantly disregards the mandates of the Voting Rights Act, which requires lawmakers to give race proper consideration when drawing district lines,” stated NC NAACP Attorney Irv Joyner.  “We need to remember that the leadership caucus of this legislature came to power in the first place by using illegal maps that devalued and diminished the power of black voters, and then spent over half a decade wielding that power to hurt people of color, women, the LGBTQ community, workers, and the sickest and poorest among us.  The same people who were responsible for the first racial gerrymander are at it again.  Refusing to consider race at all in drawing remedial maps is illegal under federal law, and the NC NAACP will continue to monitor and challenge any efforts by the General Assembly to disempower and disenfranchise black voters.”

Lawmakers return on August 18 for a special session devoted to redrawing legislative and judicial maps.