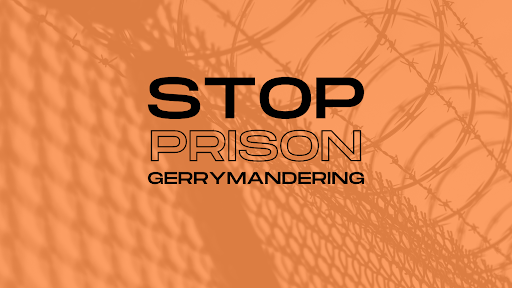 Morrisville N.C. (08/17/2021) — Democracy NC has partnered with Southern Coalition for Social Justice, and the Prison Policy Initiative to advocate for local jurisdictions in North Carolina to end prison gerrymandering in this redistricting cycle.

In conducting the decennial federal census, the U.S. Census Bureau has traditionally counted incarcerated individuals as if they were residents of the correctional facility they are held in on Census Day, rather than at the home address. When these inflated population totals are used for redistricting it results in political power transferred to people who live near prisons – a practice called prison gerrymandering.

This campaign centers around encouraging local redistricting decision-makers to exclude incarcerated individuals from redistricting data in order to ensure that the districts accurately reflect resident populations and constituents and do not disproportionately empower districts with prison populations.

As part, Democracy NC has sent letters to lawmakers that fall into one of three categories:

In total, partners plan to produce and send letters (by email or snail mail) to more than 1,770 recipients in 246 local jurisdictions across seven states, including Alabama, Georgia, Mississippi, North Carolina, South Carolina, Tennessee, and Texas.