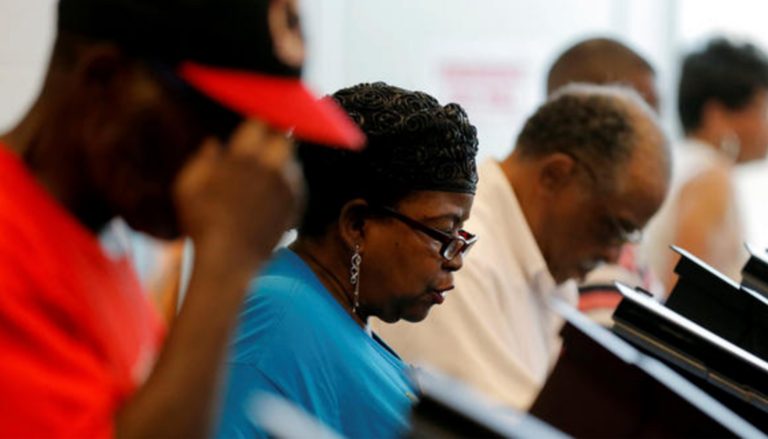 • clarifying roles of partisan election observers, including consequences for breaking rules;
• uniform standards for access and assistance at voting sites, including curbside voting; and
• changes to the Election Protest form to prevent the abuses following the 2016 election.

Democracy NC Executive Director Bob Hall also presented a statement to the Board of Elections specifically calling for comprehensive changes recommended to the Election Protest Form. Overall, Democracy North Carolina supports the Board’s proposed changes because, as Hall said, the current Protest Form can be too easily misused.

“Last year, highly partisan agents capitalized on problems with the Protest Form to accuse hundreds of innocent voters with voter fraud in order delay the official canvass for weeks. They used charges of voter fraud as a political weapon for partisan gain,” Hall told the Board. “The recommended changes address all these problems, and we support them.”

“Whatever needs to be done to stop this in the future, I think now is the time to let’s push this button and make that happen.” –Voter Robert Chadwick on proposed changes to Election Protest Forms

In his statement, Hall recounted stories of many innocent voters who informed the State Board’s process for updating the protest form. “[F]alsely accused voter, Robert Chadwick of Wake County, said, ‘It was a total shock. . . . Someone just randomly pulled my name out of a hat and said, ‘That guy cheated.’ It really hurt me.’ He added, “Whatever needs to be done to stop this in the future, I think now is the time to let’s push this button and make that happen,’ Yes, let’s make it happen today,” said Hall.

"The Deceit of Voter Fraud"

Democracy NC's special 2016 post-election report (1) shares the reaction of voters harmed by the false charges of fraud generated by Gov. Pat McCrory’s 2016 re-election campaign and the NC Republican Party, ending with a call for a criminal investigation; (2) summarizes key events after the November 2016 election; (3) provides a summary of findings of wrongdoing; (4) county profiles.
DOWNLOAD