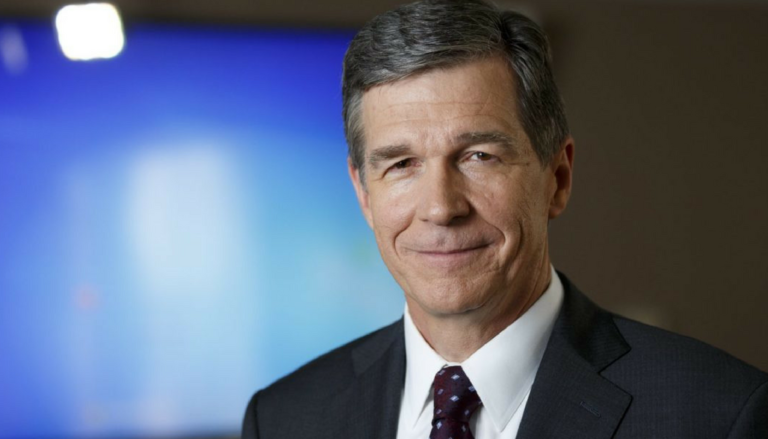 UPDATE: In a victory for consumers and their advocates, Gov. Roy Cooper vetoed House Bill 140 on July 27, sending a profitable proposal pay-to-play benefiting consumer finance companies back to lawmakers. HB140 would allow lenders to tack insurance onto loans in case borrowers cannot repay. Democracy NC had called for Gov. Cooper to take action against this legislation and praised the governor’s Thursday veto.

“Making small loans more expensive by expanding credit insurance can drive borrowers further into debt, especially those who can least afford it,” Cooper said in a statement. “If this bill becomes law, consumers will have higher-cost loans because they will be borrowing the money to pay the credit insurance premiums. Borrowers who need short-term loans should not have to pay more for unnecessary insurance.”

A special session is scheduled for Thursday, August 3 to consider veto overrides.

Through last-minute maneuvering by General Assembly leaders, the consumer loan industry won a prize piece of legislation from state legislators who have benefited handsomely from the industry’s campaign donations that total over $500,000 in the past four years.

An amendment to an unrelated bill about dental care will allow consumer lenders to expand the lucrative practice of selling credit insurance on the personal property that borrowers use to secure their loans. Opponents point out that reports from the NC Banking Commission and other agencies show this “credit product insurance” is overpriced and oversold. In North Carolina, less than $9 is paid in claims for every $100 borrowers pay in premiums.*

Rather than justify the amendment on its merits, consumer lenders simply say it “modernizes” the list of items that credit product insurance can cover from the law’s limit to only “household furniture, furnishings and appliances.” In fact, the amendment dramatically expands the list by adding the phrase “and other personal property of the debtor, exclusive of an automobile,” which could include everything from mobile homes to home computers, dirt bikes to boats.

“This industry has a pattern of winning legislation based on its campaign money rather than the legislation’s merits.” –Bob Hall, Democracy NC

Everette is also one of the most prolific political donors in the state, according to an analysis by Democracy North Carolina, a nonpartisan watchdog group. In the past four years, he has donated to over 60 state legislators and given at least $188,000 to state campaigns and parties. His mother and company co-owner, Gail N. Blanton, donated another $49,200 in that period.

All totaled, about two dozen consumer lenders and their two PACs (Resident Lenders of NC PAC and Security Financing Corp. PAC) gave at least $530,000 to state politicians and party committees from January 2013 to December 2016.

The top recipient of the industry’s money is the state Senate’s leader, President Pro Tem Phil Berger, who took in $48,250. In a surprise move, Berger let the industry’s amendment be added to the dental bill (H-140) on the Senate floor in the final days of the 2017 regular session. It received little debate and was not engrossed in the adopted bill, which shielded it from attention as the bill moved back to the state House for a final vote.

“This industry has a pattern of winning legislation based on its campaign money rather than the legislation’s merits,” said Bob Hall, executive director of Democracy North Carolina. “It happened in 2011, when Republican leaders in the General Assembly pressured legislators to increase interest rates on consumer loans as a payback for the industry’s surge in donations to the party’s candidates in 2010. And now it’s happening again.”

In 2011, Democracy NC documented how GOP leaders in the General Assembly pressured legislators to increase interest rates on consumer loans as a payback for the industry’s surge in donations to the party’s candidates in 2010.
Learn More

The ratified bill was vetoed by Gov. Roy Cooper on July 27, his ninth veto of the year. Cooper received $1,000 in his 2016 campaign from the consumer lenders and their PACs. By contrast, his opponent then-Gov. Pat McCrory received $29,500.

Overall, Republican candidates and committees received 92 percent of the industry’s donations in the 2013-2016 period.

Democrat Josh Stein received nothing in the four years leading to his election as state Attorney General, while his opponent, Republican Buck Newton received $34,368.

Other major recipients include House Speaker Tim Moore, who took in $19,550, and Senate Commerce and Insurance Committee chair Rick Gunn, who received $26,750.

Republican Representative Susan Martin and Democratic Senator Don Davis, whose districts include parts of Pitt County where Time Investment is based, received $24,880 and $6,500 respectively. Sen. Davis is the top recipient among all Democrats in the four-year period.

In addition to Royce Everette and Gail Blanton of Time Investment, the biggest donors are:

* According to the NC Commissioner of Bank’s 2015 Consumer Finance Annual Report, consumer finance companies sell an average of two insurance products on each installment loan, allegedly to cover loan payments in case of, for example, the borrower’s sickness or job loss or damage to the collateral: 867,801 insurance products were added on 438,615 loans.

According to the NC Department of Insurance’s 2013 Credit Property Survey, the loss ratio of single interest credit product insurance in 2013 was only 8.81% or $8.81 paid in claims for each $100 collected in insurance premiums.

The Center for Responsible Lending analyzed finance company collection cases filed in small claims court in Wake County during 2012-2015. Every case involving a refinanced loan with Time Investment (or Time Financing Service) included add-on credit insurance products, which raises concerns about whether the borrowers willingly and knowingly signed up for them.