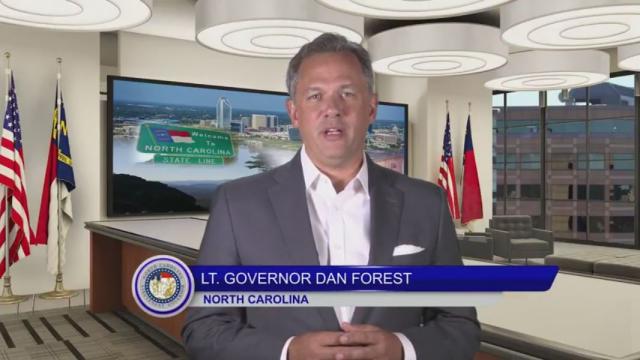 Democracy North Carolina is following up a story published by WRAL on Sunday with a call for the State Board of Elections and Ethics Enforcement to investigate an apparent illegal donation to Lt. Gov. Dan Forest.

In releasing the letter below (sent Monday to the Board), executive director Bob Hall said, “It’s important for the State Board to investigate and take firm action to prevent this kind of shadowy campaign operation from embedding itself inside the office of a public official.”

“It’s important for the State Board to investigate and take firm action to prevent this kind of shadowy campaign operation from embedding itself inside the office of a public official.” –Democracy NC Executive Director Bob Hall

I am requesting an investigation by your agency of a possible illegal donation received by Lieutenant Governor Daniel Forest as described in a November 12th article by WRAL reporter Travis Fain, entitled “Nonprofit provides TV studio for Lt. Gov. Forest’s office.”

The article describes how a nonprofit corporation, “run and at least partly funded” by Forest’s major campaign contributor, is providing TV equipment valued at over $60,000 for a new TV studio in Forest’s government office, which allows Forest to create messages on an array of topics and broadcast them to voters. Importantly, the corporation’s TV equipment is not a permanent gift to the State of North Carolina for use by a variety of public officials. Rather, it is provided temporarily as a loan, for the benefit of only Forest and subject to removal when he leaves the office.

David Longo, the major contributor behind this corporate donation, has given at least $125,000 to committees aiding Forest’s election, and he and his family have contributed at least $40,000 directly to Forest’s campaigns, according to the article.

This loan of sophisticated TV equipment appears to be a political donation. A reasonable person would recognize that it is meant to influence and materially assist Forest’s political career and campaign. It is not dissimilar to a major contributor providing a jet plane, available on loan, to fly the politician around the state to promote his or her agenda and visibility. Such a contribution is subject to campaign contribution rules in North Carolina.

It’s one thing for an independent 501-c-4 operation to promote the agenda, views and political future of a politician; it’s quite another to allow the c-4 to be set up and operate within the politician’s government office, use government resources and coordinate its operation with government staff, all for the advancement of the politician, not the general public.

It appears that the donation of TV equipment is a campaign contribution that violates North Carolina’s disclosure laws and ban against corporate contributions. Alternatively, the donation may fit the description of “anything of value” that Forest is prohibited from receiving under NC General Statute 138A-32(a) because of its influence on how he discharges his duties as a public official.

I look forward to your investigation of these matters.